I had previously owned one of these fine little rangefinders for about a decade, and sold it over a year ago, complete with the matching flash and manual. I think I paid all of $20 for everything. Well, I sold it after I obtained a Minolta Hi-Matic 7S and fell in love with it. Silly me, I should have kept it. Nothing against the Minolta, but the Canon QL-17 is smaller and the aperture/shutter speeds are easier to set. So, even though I sold that Canon for about 3x what I paid for it, I regretted it later on. Well, Denis Dolgachev, a fellow member of the Ann Arbor Area Crappy Camera Club moved to Baltimore, MD and divested himself of a few crappy cameras. I ended up with a very nice example of the QL-17 with new light seals, a working meter, and in really nice cosmetic condition. That should not have surprised me, as Denis always takes good care of his camera gear. I was eager to try out the camera so I loaded it with a roll of XP-2 chromogenic C-41 b&w film and took it along on the road trip with Marc and John a few weekends ago. The camera appears to work pretty well, and I am quite happy to have one again, especially one in such nice condition. Here are a few images from the first roll of film. 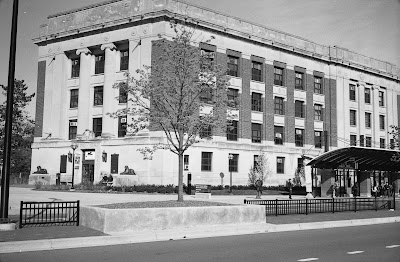 I shot this while waiting for the bus across the street from where I work. 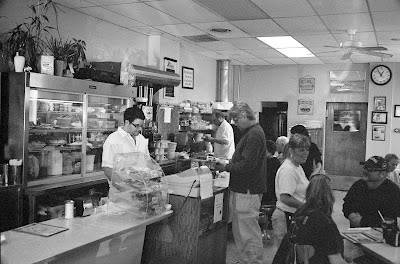 Inside the Cavis Grill. Marc is paying for lunch. Port Huron, MI. 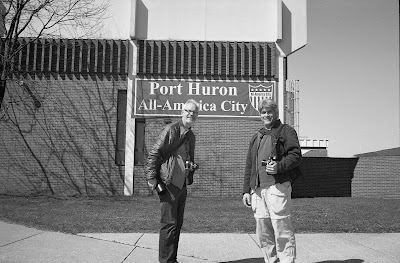 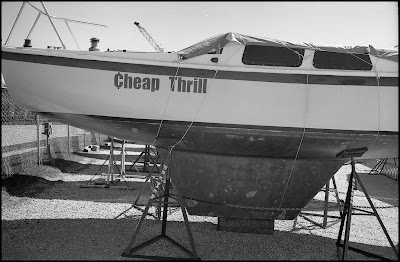 Yep, whatever floats your boat.

The images look fine, and overall, the camera appears to operate normally. It stays in my backpack from now on.

Ha! Welcome back to your Canonet! Enjoy and cherish it ;-)

Every camera collection needs a QL17, and every collected QL17 deserves to be well used! Glad you got another one.