The Argus C-4 and a show in the works 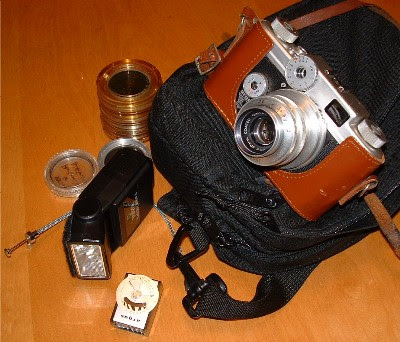 The camera pictured above is one that I bought about 8 years ago, and was one of my very first Argus camera purchases. I have shot with it in quite a few places, and it is a pretty reliable camera. Of course, I have more than one -- my other user C-4 was purchased a few years ago at an estate sale in Ann Arbor. It was given to the owner by his wife as a Christmas gift, and she worked for Argus. So, that makes that particular camera a little special in terms of history. A few weeks ago, I packed the first camera for a trip to Munising, and then to Burt Lake and to Cross Village for Photostock 2008 (see previous post). There was a roll of TechPan in it - at least that was what the label on the top of the camera indicated. So, I finished off the roll of TechPan at AuTrain falls, figuring the slower speed film would allow me to get some better photos of blurred water. Imagine my surprise when I developed the film the other night and saw negatives from the last time I shot with that camera --- Nebraska, 2003! Argus #2 must have been getting most of the workouts in the past few years. 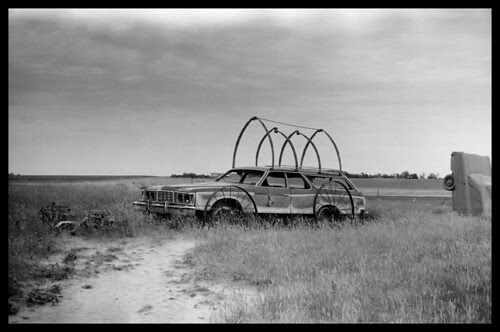 My other use for the camera was to reshoot the old lighthouse ruins at Cheboygan State Park. I shot it in 200o or 2001 with the C-4, and wondered if a few years more experience might provide me with different images. I'd like to think the second time was better, but the mosquitoes there were just fierce. So, it was a battle to get the images I wanted. This one is okay, but nothing special - blame the mosquitoes. 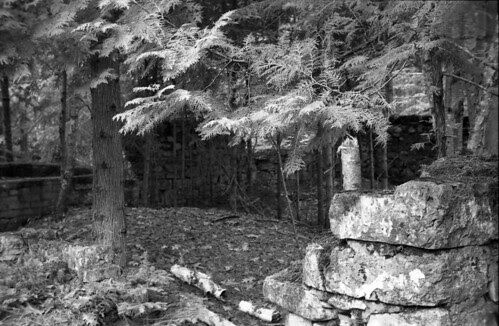 My best shots with the C-4 from the trip were at AuTrain Falls: 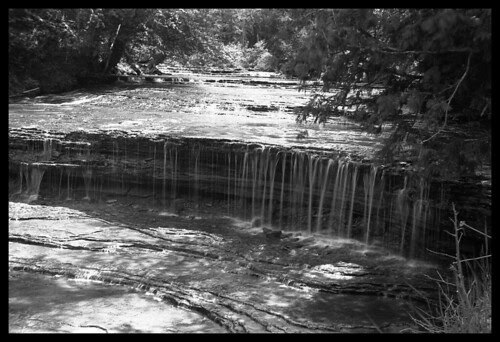 The rest of the title for this post refers to the fact that the Ann Arbor Area Crappy Camera Club will be showing a series of images taken with Argus cameras, in memory of our friend George O'Neal, who passed away last August. The title: Vintage Cameras - Contemporary Images. The show will open in mid-September at the Argus Museum in Ann Arbor. I will be posting more about it later.
Posted by mfophotos at 8:03 PM

Looking good..! That camera is fully inspired by vintage trend.