A Night at the Museum 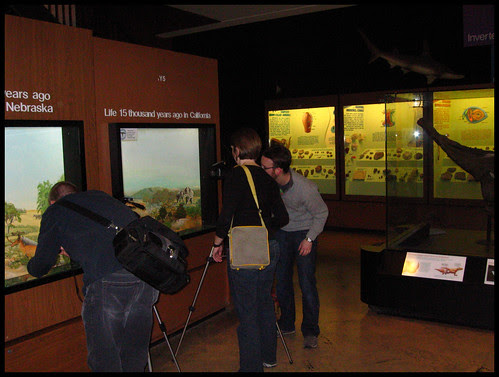 For some time, I have wanted to get a bunch of the Crappy Camera people over to my workplace for a night of photography. Most workplaces don't have a couple of mastodon skeletons, an Allosaurus, fossils of various kinds, dioramas, or mounted animals. Yup, I work at a museum -- the University of Michigan Museum of Zoology. However, the research museum is not as photogenic as the Exhibit Museum in the same building, which is where the Ann Arbor Area Crappy Camera Club ended up on Tuesday evening. Amy Harris, the director of the Exhibit Museum thought it sounded like a great idea, and we had pretty much free rein of the exhibits from 6:30 - 9 pm. Twenty people braved a snowstorm to take advantage of the opportunity to bring whatever cameras they wanted, tripods, and in one case, a model. I also encouraged the attendees to donate $5 each for the Exhibit Museum, and $110 was a big surprise the next day for the Director.

The Ruthven Museum Building was completed in 1927, spurred by Alexander Grant Ruthven, the Director. He later went on to become the President of UM, and the building that now bears his name houses the Exhibit Museum, and Museums of Anthropology, Paleontology, and Zoology. It's the Exhibit Museum that people see, and is just generally known as the Natural History Museum.

Anyhow, people quickly dispersed and wandered around, setting up equipment for their shots. The array of cameras was great -- Polaroids, an Argus, Hasselblads, a Sinar view camera, digicams, Holgas, Dianas, pinhole cams, a Lubitel, and I'm sure a bunch of others that I never saw. I spent quite a bit of time photographing the wonderful stairs. Something I just can't do during the day, because of people using them. The dioramas got quite a bit of attention as well. They really are quite wonderful. 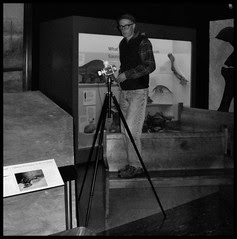 A museum such as ours may not be on par with the likes of the Smithsonian, American Museum of Natural History, or the Field Museum. However, the exhibits are well-done, and for a university museum, is pretty outstanding. 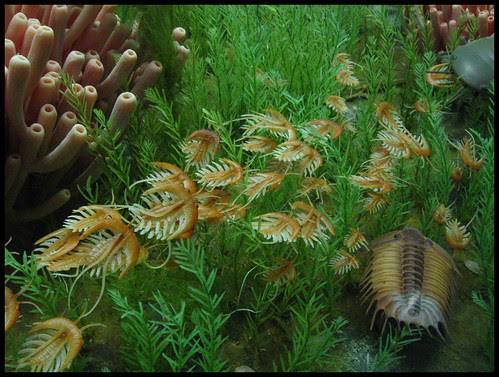 After we had shot all we could, a few of us headed over to the Brown Jug for some beers and food, despite the snowstorm. Others that had to drive some distance left right away, only to find a 25 minute commute turn into a 2 hr trip.

Of course, afterwards, I thought of some things that I forgot to shoot, but hey, I can just stay after work and do that...
Posted by mfophotos at 9:16 PM