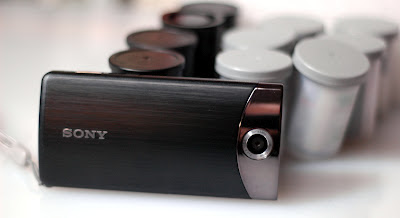 About a week ago I received a new camera in the mail, a Sony Bloggie Touch camera (MHS-TS10). A strange name, but obviously, a camera geared for those that want to post things on the Internet. Now you know I love a bargain, but it's not a bargain if the product doesn't deliver to expectations. This little camera is a very pleasant surpise.

It's the size of a small cellphone (and since I don't use a smart phone, this is pretty handy), and easily fits into a shirt or pants pocket. The power-on and still-image shutter button is on the top of the camera, and the movie button is a HAL-9000 reminiscent button on the right side of the back of the body. The lens is on the left side. The diminutive size of the camera is balanced by the few controls one needs to use to acquire an image. The ON button, the still-image button, and the video button are all that are needed. The camera features auto ISO of 80-1600, and shutter speeds of 1/30 to 1/4000 sec, and a 2 or 10 sec shutter delay. 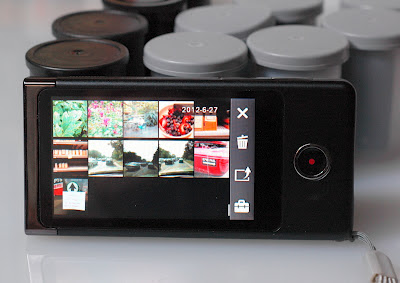 The touchscreen works like any other device these days -- swipe and tap to get around. The Bloggie comes with built-in software that installs when you plug the flip-out USB cable to your Windows computer. (Mac OS software can be downloaded from the web). It was easy to install, and it installed the latest update from Sony. 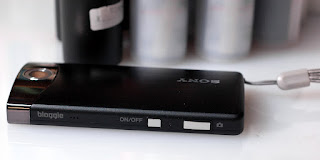 How did the camera perform? Quite well, as I have taken it everywhere in the past week. It works best in brighter conditions, but even in lower light it does surprisingly well with the auto-ISO of the camera. Photos taken under ideal conditions are sharp, colorful, and in-focus. Uploading images is fairly straightforward with the pop-out USB connector, as is sharing them with others on Flickr and Facebook via the Bloggie software. The video is quite good, and the camera comes with a mini HDMI cable to connect to your TV. Overall, I recommend this camera if you are looking for something fairly simple, yet takes quality still and video images. There is a lot of technology built into the Bloggie, and the Sony name means that you'll get something that is fairly well made. 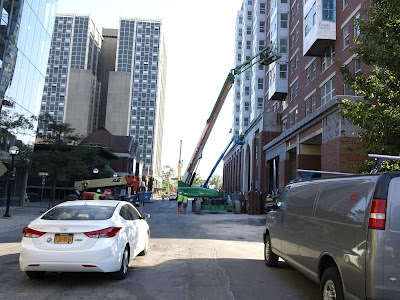 Posted by mfophotos at 11:32 PM 5 comments: Links to this post

An ebook that's a bargain 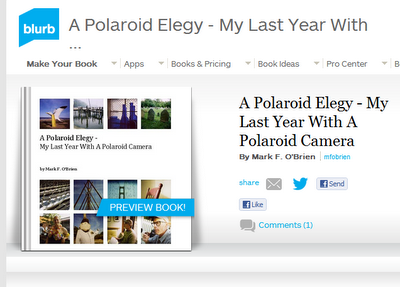 A few years ago, I published "A Polaroid Elegy - My last year with a Polaroid camera" via Blurb. I got a lot of good comments from people that saw the book, and it truly was done in the last days of Polaroid as we knew it then. Sales have been slow, of course, but now that I have converted it into an ebook for the iPad, I hope that a few more people want to enjoy the images. Polaroids in an ebook format are really perfect, since they were never large to begin with. You can help me out by purchasing a copy from Blurb for only $2.99.

The Polaroid SX-70 was a great camera, and I miss being able to just go and buy film for it in the store. I am on the fence about the Impossible project products. When they are done testing it out, maybe then I will buy some. I still have many of the images in the book, some framed, and this one remains one of my all-time favorites. Posted by mfophotos at 12:41 PM No comments: Links to this post

Lately, I have been rethinking my approach to street photography, and what kind of camera system I use the most, and how do I leverage my typical assortment of lenses and accessories into a versatile set of tools. I got thinking back when I started using Nikon gear, and AF cameras were what I started with. I had an N50 - a competent but not necessarily light camera. I also had an N60, which was pretty decent, but limiting to me in terms of shooting with manual lenses. My criteria for a street camera is -- lightweight, inexpensive, and easily used in a variety of situations. My F100 does not qualify there, nor does my F3. As I get older, AF lenses have become more relevant to my shooting, if only because I don't always trust my focusing in lower light levels. That got me looking around at later consumer-level Nikon SLRs, and after a bit of research, I decided that I would give the Nikon N65 a try. If you have been following my blog for any length of time, you'll know that I appreciate a bargain. 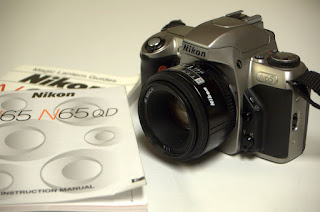 The Nikon N65 is a much-improved camera over the N60 that I once owned -- it is a bit lighter, with multiple focus points instead of a central AF point. It also takes 2 CR2 batteries, which are quite cheap online. The camera shown here was 9.99 + shipping with the manual and the Magic Lantern Guide. The lens was not included. It's a 10 year-old camera with not much use on it, and a perfect inexpensive addition to my Nikon family. I typically shoot in Aperture-priority (A) mode, but with this camera I decided to see what I would get shooting in P mode.

The top deck is quite familiar to anyone that has used a Nikon AF camera. Although the N65 has only a single rear thumbwheel control, it isn't a problem in A mode. Exposure compensation is easily adjusted, and you also have Depth of Field Preview via a button on the face of the camera. DOFP was lacking in the N60, and in most of the consumer models.

Now, you are probably wondering if I have lost my mind, buying a lower-end AF camera, and why not the N80 (which I have owned)? As I said, I am looking at the N65 as a street camera -- and it has the features I really need, and none of the features that I don't. It's cheap enough that I bought two. You can find them like-new at KEH for about $23. If you already have a lot of AF lenses, this makes a ton of sense to me. The camera has excellent metering, fast AF, and DX-code ISO setting (which you can override by adjusting the exposure compensation, if necessary). You can use the Nikon IR remote (ML-L3) for tetherless remote shooting.

You can use the newer G lenses, making for a very lightweight lens/body combo. I highly recommend the kit 28-80mm AF G lens. They were commonly sold as a kit lens with the N65, N55, and N75 cameras, and are actually very good optically -- and cheap. My 50mm 1.8 AF-D lens is a perfect match for this camera, being both a normal fast lens, and relatively lightweight. Another good lens choice would be the inexpensive 28-100 AF-G lens. With that lens, you would be good for about 90% of the photographic subjects. It's a good camera for biking, and also as an AF backup to my F100. Don't go off and buy the N55 -- that camera lacks some significant features that the N65 has, and is by far the worst of the lot, in my opinion. If you are currently using a Nikon DSLR such as the D90, etc., and want to get into "analog photography" the N65 is a great choice, as it would feel quite normal in your hands, and offer you the benefits of AF (no using lenses designed for APS-C sensors, though) with the controls being very familiar.

After having run several rolls of film through the N65, I am happy with the results and with the handling of the camera. It's certainly lighter around the neck. For those that eschew such low-end SLRs, think about this tidbit -- Galen Rowell apparently often used the even less-featured Nikon EM camera which did just fine in his hands. It's all about your vision and the glass that you put in front of the film. All of the images below were shot on Kodak Gold 100 -- my old standby color film. There are probably a million N65 cameras sitting out there, abandoned after the owners switched to digital, so the cheap prices reflect that, not the capability of the camera. 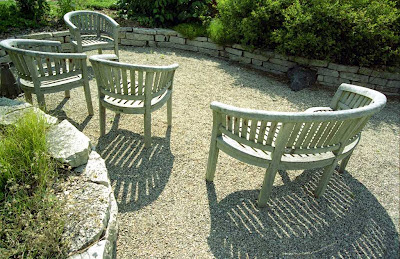 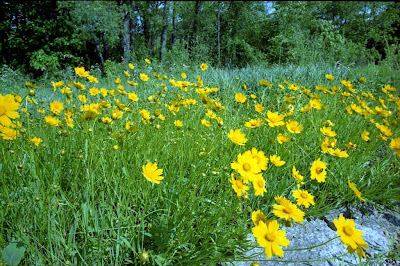 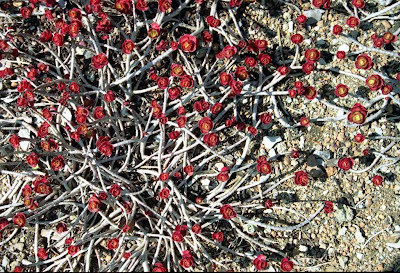 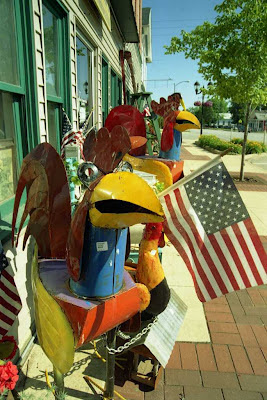 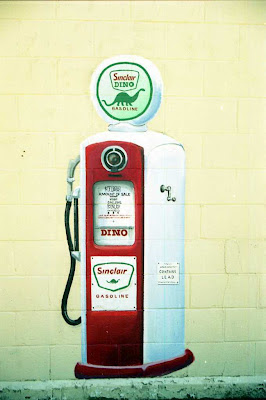 Posted by mfophotos at 1:13 PM 2 comments: Links to this post