Odds and Ends, and a special goodbye to Kodachrome

I was going to work on some grand and profound final blog post for the year, but I have so many little things to finish up, that I will spare you my profoundness. If there has been ONE recurring theme in the photographic world this year, it has been the final demise of Kodachrome. I swear, between on-line forums and the news media, you would think that the end of photography as we know it was near, based on the angst and nostalgia about Kodachrome. To be fair, what's really poignant is that Kodachrome is defined in the age of the baby-boomer and post-war America (well, post-WW II, at least. We have been in some conflict almost continuously since Korea). Although it appeared before 1940, 35mm Kodachrome became a hobbyist's film in the late 1940s and early 50s when people had more money to spend on photography, and documented their vacations and events on slide film, which then became slide shows to be shown with projection. [I should note that after pro photographers went to Fuji Velvia and Provia, and then digital, Kodachrome once again, became a hobbyist film.] For those of you that grew up with Powerpoint, let me tell you that a Powerpoint slide shown in an LCD projector is NOT AT ALL like a good Kodachrome slide on a screen. They are almost 3-D - without special glasses. Anyone growing up in the 50s and 60s and 70s probably attended at least one home slide-show or home movie night (also shot on Kodachrome 8mm movie film). Most are not memorable, because just like when home videos became the rage, people are not good at editing out the bad stuff. And, if you have sat through slide tray number 3, your mind numb, and eyes glazed over, you will know what I mean about editing. Just to show that I have indeed, shot Kodachrome (the first being sometime in the early 1970s), here is a scanned image from a slide... 
Of course, none of that matters now, as nostalgia tends to gloss over the glazed eyes. Kodachrome was a great film that did not simply fall by the wayside. It has, unlike any other film I know, become a cult phenomenon, and with the last rolls being processed today, has attained an almost mythic status. Today's article in the New York Times visits Dwayne's Photo in Parsons, KS. For those that bemoan the loss of processing because they just found a roll in the fridge or in their uncle's closet... don't complain when you are late to a party and the booze is gone.

A Pentax ME for Me. 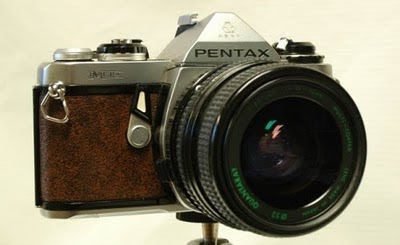 Yesterday I was out shooting a bunch of ice and water photos along the Huron River, and afterwards stopped at Huron Camera in Dexter to pick up some processed film. I wandered over to the bargain bins and picked up a beautiful little Pentax ME SE. I already have a slightly beaten ME that is a great street camera, since it's light, sturdy, and is an aperture-priority camera. The SE version has brown leatherette (I'm not sure how else it differs), and is quite attractive. The 10 dollar sticker beckoned to me, and I ended up getting it for $5, since it was quite possible that it didn't work at all. After I got it home, I cleaned it up a bit, put in new batteries, and it sprang to life! I found that I had a spare cover for the motor drive opening in the bottom, and I'll shoot a roll of Ilford Delta 400 in it to test it out. Adrienne sewed together a new nylon strap to my specifications, and it will be a great street-shooter with it. Isn't that a pretty camera?

I was out at night shooting with Marjorie and Stephanie last week, and used my Canon 1000D and the other Pentax ME. I shot a roll of Kodak Gold 400 and Ektachrome 100S, which was cross-processed at Huron Camera. This one image, shot with a center-spot diffusion filter, is my favorite of the evening... Best wishes for 2011 - Who knows what the new year will bring?

Edit: I found this interesting link on YouTube -- an early test of Kodachrome as a movie film, dated 1922! 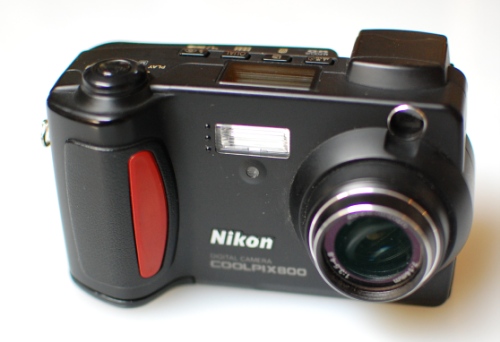 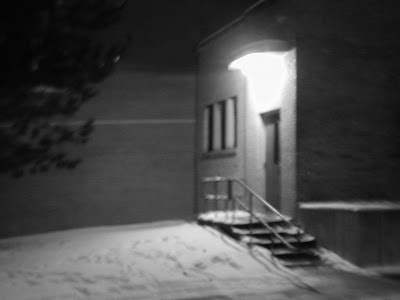 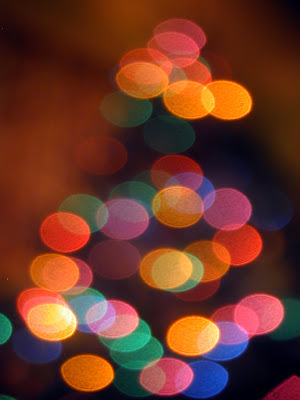 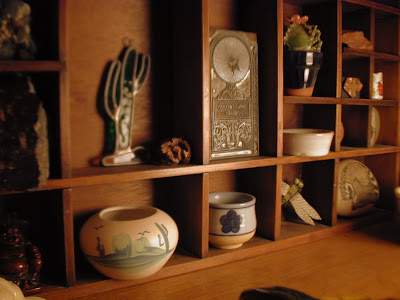 The Latest From the A3C3 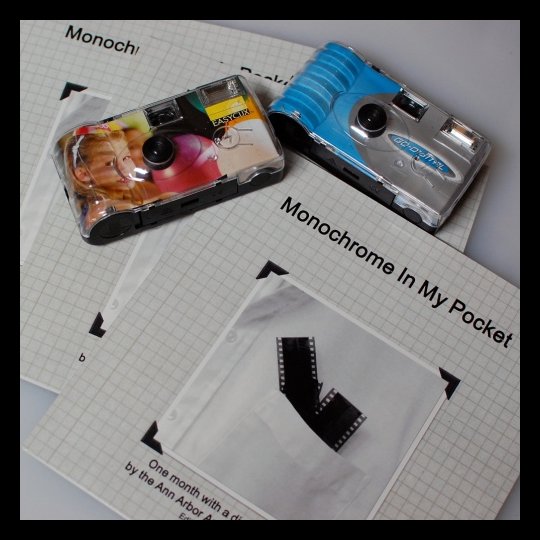 A bunch of us from the A3C3 (that's the Ann Arbor Area Crappy Camera Club)collaborated on a project using simple disposable cameras loaded with Ilford XP-2 film. I edited the book, and published it on Lulu.com. I like the fact that Lulu allows you to upload your own design via PDF, rather than have you pick out a design template for the content. Our book, "Monochrome In My Pocket" contains 48 pages filled with photographs from the photographers that participated in the project. One month is all we had to shoot the images, and overall, I am pleased with the results. If there was only one thing I wish could be different, it would be glossy paper for the book. However, at $7.50 a copy, it's pretty good and shows what one can do with with a simple camera. As I reiterate in the book, "It's the photographer, NOT the camera."
You can buy a copy on Lulu if you want to see some good photography... 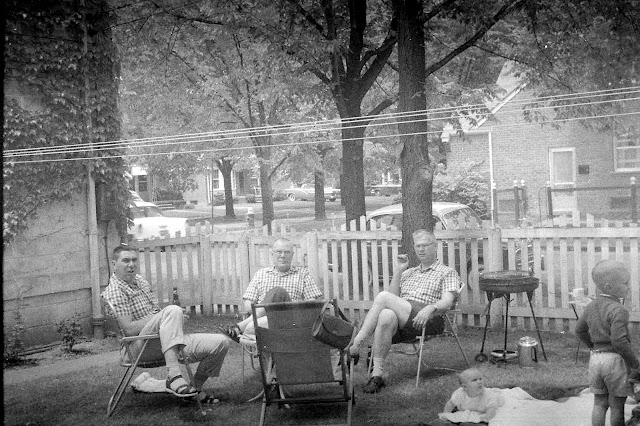 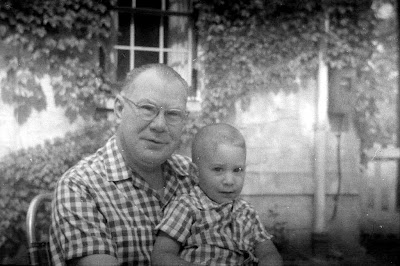 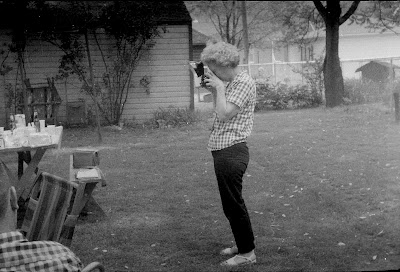 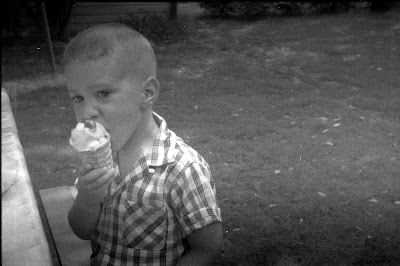 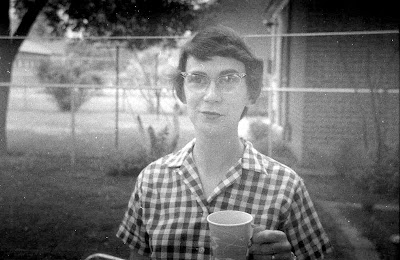