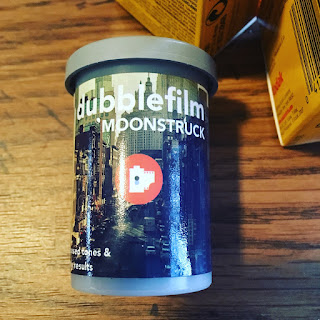 It's hard to keep up with what's going on in the altered film market, with so many new releases from at least four sources.  Altered films are standard color C-41 films produced by Kodak and Fuji that are then subjected to either a chemical process or modified with laser or other light to become something altogether different from the standard emulsion.  Companies such as Dubblefilm, Yodica, Revolog, and Kono!, have brought these to market to bring some fun, serendipity, and zaniness to film shooters.  Perhaps you are looking for something different to change up your shooting, and one of the altered films may be just the thing.  First of all, none of these companies actually manufacture film. They are treating ho-hum everyday color films such as Kodak Gold 200 with whatever process they are using to give you something different.  Color shifts, weird patterns, or bands of color may be the result. Maybe that unpredictability isn't your thing, but I can bet that it will appeal to people that are looking for something fun and different.

I have only tried Revolog's Tesla film prior to using the Dubblefilm. It was for a film-swap event with the Ann Arbor Crappy Camera Club, and I was really surprised and pleased with the results.  Redscale is a popular way to shoot color differently, but the film has not been altered, just re-spooled so that the light passes through the film base before reaching the emulsion.

Dubblefilm is owned by Adam Scott, and the film is shipped from Europe.  Expect to pay far more than you would for a standard roll of C-41 color film.  Like I said, it's not for everyone.  Any of the altered films range from $10-$15/roll US. Considering that the film has been pre-treated, etc., I think that the price is reasonable.  I purchased my roll of "Moonstruck" at Camera Mall in Ann Arbor, and shot it in late May 2019.  Dubblefilms are available at the FPP store as well as Freestyle Photo.

I loaded the film into my Canon AE-1 Program, and shot it on the streets of Yspilanti and Ann Arbor MI.  I sent it out to The Darkroom for developing, and I scanned the negatives in just this morning. Overall, I really didn't know what to expect, since I hadn't looked at any other results online until today.

Dubblefilm's lineup has changed, and Moonstruck is no longer available.  Like any of these altered films, how you expose it, your choice of subject, and the light source may give different results compared to what others have achieved.  It uses standard C-41 processing, and you may want to scan it yourself to avoid machine scans that try to "normalize" the results.

Here is a sample of the images that I got from my scans.  I did do minor brightness/contrast adjustments, but no color adjustments. 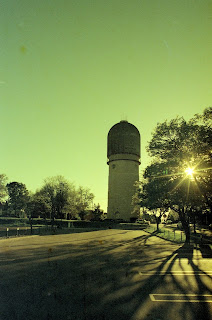 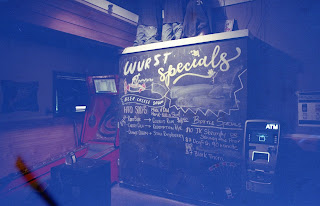 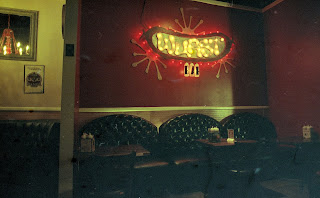 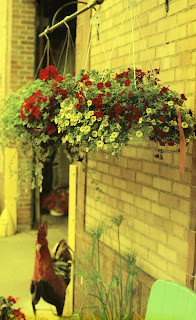 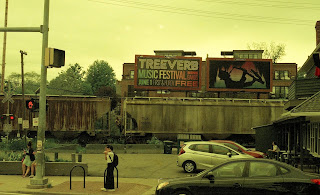 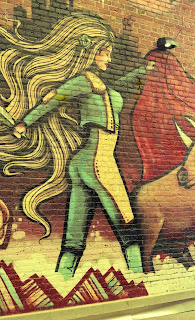 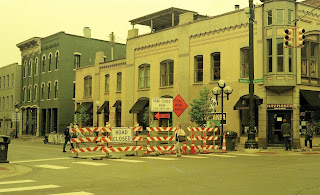 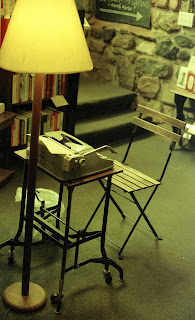 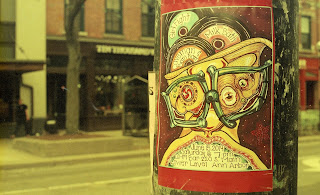 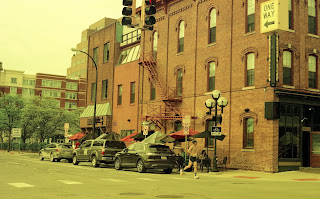 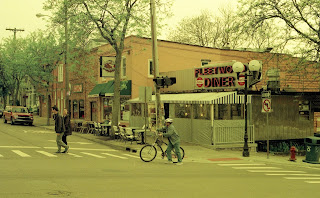 Overall, I think the results are interesting, with red hues really popping.  The images do give me a different look than conventional color film, and since the production of the altered films involve repeatable processes, I can see where someone may want to order a batch of any particular film and be assured of getting similar results as they shoot it. Also, since these films are produced in small batches, you may not be able to get more of a certain type of effect if it is sold out.  So, my suggestion is to buy a few rolls if you like a certain effect. Almost all of the altered films have examples on Flickr.

Are altered films just a fad or are they here to stay?  So long as there is a market for them, I suppose the sellers will keep making them.  But, as with any of these operations, they are just a few people (or only one) doing all the work to get something magical in your camera.  Expect that any particular film may not be available in a year from now.   I find that they are fun, and certainly can add something different to your photography.