Another Roll From the Rollei (35TE)

Back in July, I posted a story about using my Rollei 35TE for the first time in a long while. The compact design and solid feel of this camera has made it a joy to use.  It is quirky, for sure. but once one gets  used to the controls, it's a no-brainer to use. Back in August/September, I put in a roll of the Kodak Hawkeye Surveillance Film -a  C-41 color film that looks like a 400 ISO Ektar.  I took a few shots around town, and even used the flash once at a meeting of the Ann Arbor Area Crappy Camera Club.  All the exposures came out great.  That film is really something, and worth trying out.  You can get individual rolls from the Film Photography project store. 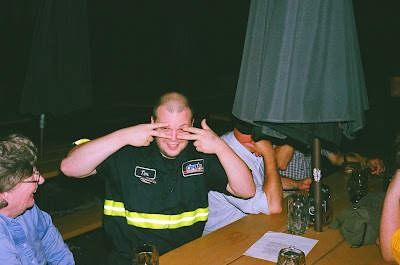 T Paul at the A3C3 meeting, back in September.  The hotshoe is on the bottom of the camera, so you need to hold it upside down for a more appropriate flash position. I doubt that many ever used a flash with this camera.

Posted by mfophotos at 10:11 PM No comments:

Back in 1999, when I started to really get back into photography, I was quite intent on doing macro-photography.  I read a lot of books and manuals and found the books written by John Shaw to be very helpful.  I fell into a trap though.  You see, I confused technique with style and with the "eye" that one develops with experience.  I wanted to shoot photos like John Shaw.  Yes, I got very good at doing macro and nature closeups, but I was essentially trying to produce images like those of Shaw.    I eventually got over that and started reading more about general photography, the history of the medium, and so on.   Being very good at something technically does not equal artistic success or photographs with emotion. I see people ask questions like "how do I get the look that (insert name here) gets with his images"? Or "Does anyone know how this photographer achieved this look?"   Of course, those are valid questions about techniques and materials (supposing that was on film), but usually the posers of the question want to shoot images just like the ones they are seeing. They are confusing technique with ability; methods with seeing. My usual response to such questions is to tell the person to (a) ask the photographer, and (b) read as many photographic books as you can, go to galleries, and shoot, shoot, shoot, and shoot, some more. I understand why anyone would want to emulate something that they like.  However, the thing a photographer should be doing is asking herself (or himself) why is she doing this?  Why do you photograph anything?  There are more answers to that question than I have patience for on the keyboard, but a glib one would be "because painting takes too damn long."  It has taken me many years to figure out that I have a style, or voice, if you will.  I have my standard-bearers -- Walker Evans, Edward Weston, David Plowden, Paul Caponigro, Stephen Shore, and others -- photographers whose work I admire and appreciate greatly.  I don't ask "how did they get that shot? or what film they were using.  That is unimportant to me -- what matters is -- what were they trying to say, and what effect does that image have, what message does it convey?  This may be the hardest concept to grasp for a beginner.  One may as well ask what paper Mozart wrote his operas on.  What inspired Mozart (who was a musical genius) to write them, and what did they mean to him?  What effect does the music have on you?  Did it affect others the same way at the time he wrote it?  While viewing a photograph, what does it mean to you?  What did it mean to the photographer? Are there elements to it that when scrutinized, give the image more meaning?  What do you see? I was reminded about how people look at images last night while watching the movie Smoke.  Harvey Kietel's character (Auggie) has been photographing the same street corner in New York at the same time every day, and has hundreds of images in albums.  William Hurt's character (Paul Benjamin) is flipping through the pages and tells  Auggie that they are all the same. Auggie tells him that he's not really looking. Every one is different, just the location is the same.  Finally, Paul finds an image on the corner with his deceased wife in the frame, and breaks down.  It was a great scene, and I think shows part of what photography is about.  Auggie shoots the way he does because it means something to him.  Because the street corner  is shot the same way, same time, every day, there is an absolute honesty to the images.  The only thing that changes is whatever happens to be passing by, the weather, and the light.   Each image has its own story, if we look and actually see what is there. So, back to the beginning of this lengthy post.  How do you develop your own voice, your own vision?  It takes time, and it may change over the years.  We are all influenced by our mentors, favorite photographers, the media, our choice of materials, etc.  Shoot every day, or at least try to.  Find out what subjects or situations attract you the most.  Experiment with different techniques and lenses.  Maybe you  will find that a pinhole camera is what you were destined to work with. Maybe not. Try it, anyway. Read. Go out and shoot with a goal in mind.  Go to photo exhibits at museums and be inspired.  Pick up a copy of Lenswork magazine and be inspired.  Don't confuse gear and technique with the final image.  Some of the best images have been taken with fairly simple equipment.  It was a matter of the photographer seeing the image.  If you are using a digital camera, it costs nothing to shoot. However, it will take time to go through the images, so think about what you are doing...slow down. Lastly, I want to plug a book that I found to be very interesting.  It's perhaps the shortest book on photography that I have read, and it took me a while to read it and digest it in small chunks.  Why Photography Matters by Jerry L. Thompson, 2013, MIT Press.  92 pages that are worthy of attention. Other books that deserve mention:
Ways of Seeing by John Berger
Tao of Photography - Seeing Beyond Seeing by Philippe L. Gross and S.I. Shapiro
Monochrome In My Pocket by Mark O'Brien (just to show it's NOT the camera).

Email ThisBlogThis!Share to TwitterShare to FacebookShare to Pinterest
Labels: photography 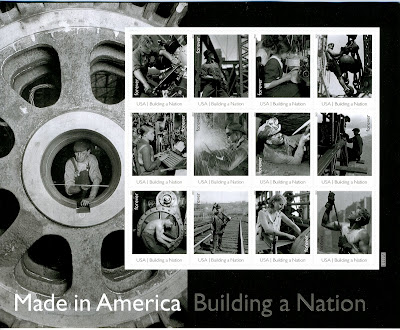 Posted by mfophotos at 1:10 PM No comments: