No, I am not Ken Rockwell 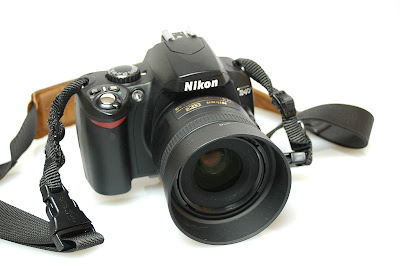 Last week, I bought a Nikon D40 refurb from Cameta Camera on ebay. It cost me $242. I've paid more for film SLRs, to be honest about it. Why would a someone that's a fairly adept photographer buy the low-hanging Nikon fruit? I mean, shouldn't I be buying a D300 or at least a D90? I already have a well-used D70s that I bought new back in 2005, so why would I want yet another 6 MP DSLR? Well, my daughter Marjorie leaves for 3 weeks in Japan on May 9. She has a D50 that I bought for her in 2006. The D50 was giving her the odd problem, which might be caused by some dirty AF contacts...or not. So, it's basically insurance should she need another camera body before she leaves. In the time I have had the D40 (which I originally poo-poohed as a beginner's DSLR when it came out), I have to say that I have enjoyed shooting with it. For one, it's small and lightweight - meaning it's also a great travel camera. Two, the rear LCD is really nice for chimping, and the control layout is pretty easy to deal with. Three, it can take even old non-AI manual lenses (although anything NOT AF requires manual exposure, which isn't a big deal)--so I have been shooting with my 180mm 2.8 AIS lens...and it's fun. What about only 6 megapixels? I'm not printing murals, and 6 MP is just fine for almost anything I'd use this camera for. The only drawback with the D40 and its siblings, is that it requires AF-S lenses for autofocus. If you are in the market that the camera was intended for, that's not usually a problem. But if you are like me, with quite a few older AF-D lenses, having those autofocus would be a nice feature..but not a deal killer. But that's typical Nikon -- leaving some features out that probably won't matter to many, but irritating to others. That said, look for another low-hanging fruit review of the Canon 1000D in the near future.

So, yes, the D40 is a nice lightweight camera that I would recommend for travel, vacations, and just carrying around. I like the color saturation options, including the option of shooting in B&W. It's considerably lighter and more compact than my D70. It takes a new battery, the ENL-9. Photos? Yes, here are a few... As you may have noted over the past four months, I have been acquiring and using a number of vintage (and some not vintage) Canon SLRs. Back in February I purchased a Canon AL-1 QF camera. The QF refers to the "Quick Focus" system on the camera. No, not auto-focus, but a green LED indicator to tell the photographer when the subject at the center of the viewfinder is in focus. Not really as gimmicky as it sounds, since that is what modern AF cameras do. Useful? I believe so, especially for someone that wears glasses. The AL-1 appeared in 1981, and is one of the A-series of Canons that take modern batteries and the FD lens mount. The battery door was loose, so I used gaffer tape to keep it closed.

Overall, a fairly compact and basic SLR with standard features that make it a competent amateur-level camera. I found it a delight to use, and while not a Canon A-1, it would make a good backup camera. Also, for street shooting, it's a winner. You want simplicity and A-P exposure is what I like. 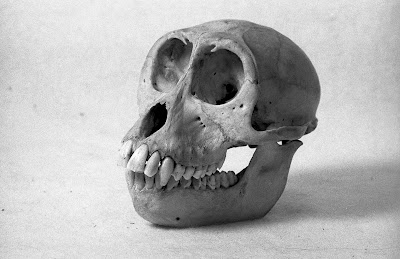 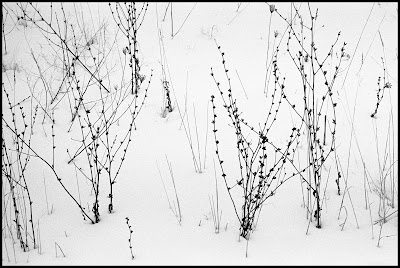 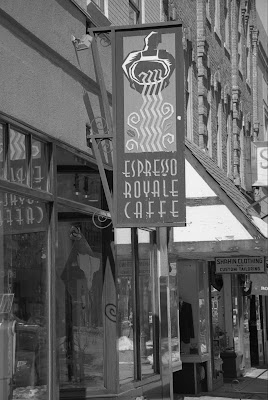 Posted by mfophotos at 6:17 PM 6 comments: Links to this post 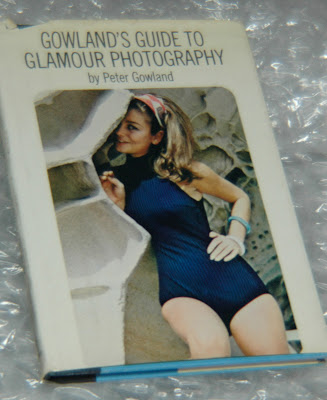 I read in today's New York Times that Peter Gowland, the famous glamour photographer, died at the age of 93 on March 17. According the the obituary, it was from complications from a fall. Mr. Gowland published over two dozen books on pin-up and glamour photography, and his images were always well-done. Not only was he an accomplished photographer and author, but he also designed and sold the twin-lens Gowlandflex. This was a giant twin-lens reflex that was available in 4x5 and 5x7 sheet film sizes. Gowland was actively photographing and making cameras until shortly before his death.

To say that Peter Gowland was an institution would be a fair assessment. There's nothing wrong with liking beautiful women, but it takes some real talent and great technique to make a titillating, but not tawdry photograph. He was a master of pin-up and as much an icon as the many Hollywood starlets he captured on film. A long life lived fully. Classy until the very end. You can check out the Gowland website and get a lot more information about his work and tips for shooting glamour, too.

Posted by mfophotos at 10:14 PM No comments: Links to this post