The Way Back Machine

Remember Mr. Peabody's "Way Back Machine" in the Rocky and Bullwinkle shows? Those entertaining little cartoons were a lot of fun -- and I still enjoy them. The funny thing is, there is a "way-back" machine, and it's called a camera. We can revisit the past -- though we can't really change it. Little did people know how useful photographs taken nearly 100 years ago would be now. In essence, these old photos are peeks into what once was -- and remains a powerful reason to photograph just about everything. The reason I bring all this up is that I have been scanning and cataloging hundreds of old photographs and negatives that are housed in the Museum of Zoology Insect Division -- where I am the Collections Manager. It so happens that naturalists were "early adopters" of photographic equipment, since they saw the camera as a record-keeping device. With one photograph, one can see a lot of the habitat as it was where they stood at the time.

Edward Bruce Williamson, a noted researcher on dragonflies (Odonata) made several trips to South America during 1918-1922. We have many of his photographs (but not the negatives) from those early trips, and as I scanned and cataloged them, I wondered how things have changed since 1922. Of course, the habitat shots are not terribly interesting to the general public, but he also captured some daily scenes as the group went along on their way to collect Odonata in these shots from Brazil, in 1922. The papers of Williamson are now in the Bentley Historical Library, but his field notes and photographs from those trips are housed here at the UMMZ. Eventually, they will be available over the internet. 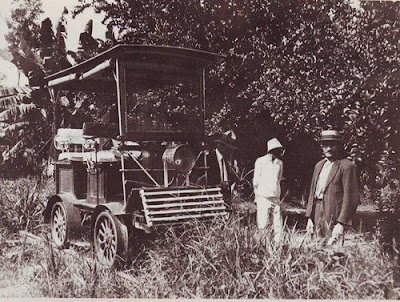 This image (EBW-010)was taken on the railroad in Matto Grosso, Brazil. The car is a steam or gas-powered unit made to travel the rails. In the background is a lemon and banana plantation. Most of these prints are small, and contact-printed from Vest-Pocket-sized negatives (127) or 120 film. 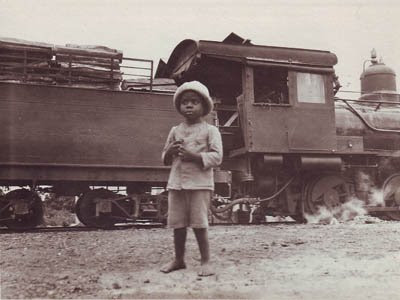 This image (EBW-014)shows a little boy standing near a steam locomotive. The caption basically tells us that he is a native-born Brazilian in Villa Murtinho, Matto Grosso, Brazil, whose parents are English-speaking Barbadoans, taken on Feb. 8, 1922. 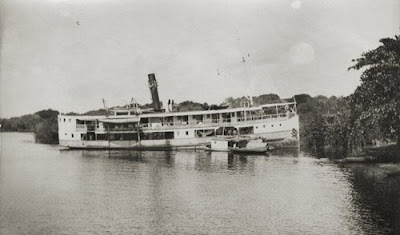 (EBW-046) - A "River Steamer" on the Rio Negro, Brazil, 1922. These boats carried all sorts of supplies and people on a main thoroughfare - the Rio Negro. 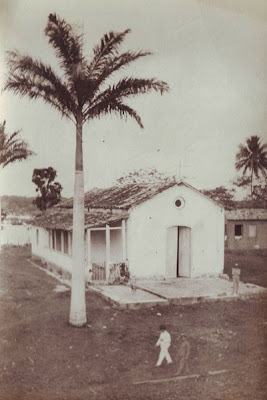 (EBW-058) - A church at Carvoeiro, Rio Negro, Brazil, taken from boat (I assume the River Steamer shown above) - note the high water to the rear of the church. 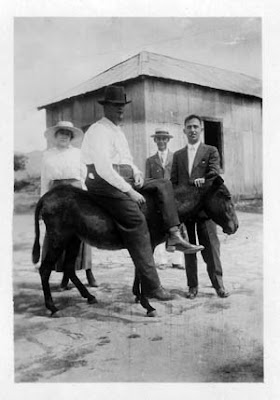 (EBW-081) - Somewhere in Brazil, 1922. "Group of people with heavy man on Burro." I have no other contextual information for this image! 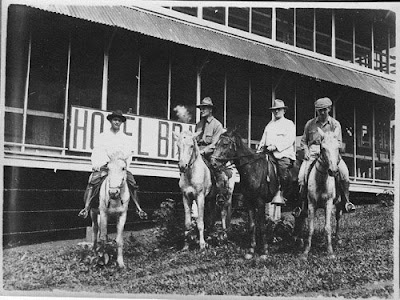 (EBW-124) - 1922, Brazil (?) I believe one of the men on the horses is Jesse Williamson, a cousin of EBW. Jess accompanied EBW on several expeditions to the neotropics.

These are just a few samples of the images I've scanned in. I think they are fascinating because they show a place as it was, not as viewed by Yanqui tourists (though I suppose, in a way, they were), but by astute naturalists spending their days in wetlands collecting Odonata for research on systematics -- the Indiana Joneses of Entomology, so to speak.

Posted by mfophotos at 4:12 PM No comments:

End of An Era 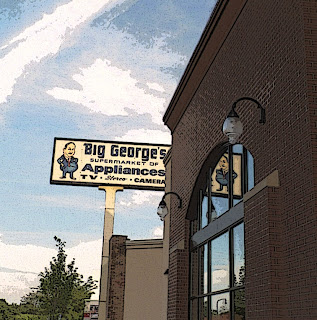 I hate becoming an obituary writer. Not for friends, but for businesses. If you are one of the lucky people that still has a thriving camera store in your town, I am jealous. After something like 40 years, Big George’s closed their photographic department in their new store last week. The management line was that they lost the camera business to the office supply stores, the Wal-Marts, and the Meijers stores. No, they lost the department when they decided that they would rather move fridges, stoves, and big TVs and not filters, in-store processing, and real photography gear.

When I first started shopping for cameras and darkroom equipment at Big George’s in 2000, I was awe-struck by the photo department. I could spend an hour just looking at things. If I had a question, Lee Kitada or Mike Myers or another sales associate would answer with patience and good humor. The moment I walked in the door, I was taken care of, whether I was buying a bottle of developer or looking to purchase something far more expensive. In addition, they sold USED cameras and accessories, and took in trades. My daughter was able to purchase a used Hasselblad outfit because of that. One does not lose customers to that kind of service. However, in the past 2 years, the photo department kept shrinking in the old store, with fewer items, and the management told them they could no longer sell used equipment. It’s not like they had stuff piling up. In fact, it was the ONLY place in town after Dave’s Photo Emporium closed, and Adray Camera closed its store later on. It was the place to go if you are a pro or serious amateur, because if you needed an item that day, they might actually have it in stock.

As the new management at Big George’s started planning for their new store, it was plain to see where things might be heading, and it wasn’t encouraging. Before the move last year, they closed the mini-lab. Big mistake, there. That meant people that usually went there for film developing now had to go elsewhere, and they didn’t purchase something else while they were there. When the new store opened last summer, the new photo department seemed like an afterthought, jammed into a corner with a fraction of what they used to carry. Despite the best efforts of Mike and Lee to show that things would work out if they were listened to, the management felt otherwise and didn’t restock or reorder. That alienates customers, so it all became a self-fulfilling prophecy, and the photo department was closed last week. Not because people shopped online or because of Wal-mart, but because the owners did not understand that market. I’m not saying that digital cameras and the online shopping didn’t affect their sales, but it has affected every camera store.

A photo department in a bigger store CAN survive. If they were worried about the length of time stock might sit on shelves, then I have to ask, why sell summer furniture and gas grills? Second, they had a city the size of Ann Arbor with lots of student photographers, pros, amatuers, and people willing to spend money IN THE STORE, and basically told them they didn’t think they mattered. Ultimately, people went elsewhere because they had to, not because they wanted to. 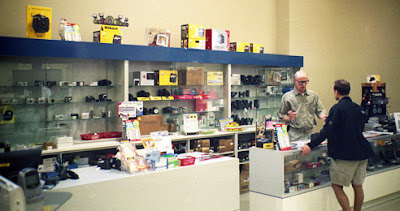 
OK, I’m not in retail sales. I don’t have an MBA, and I worked in a store only once in my life. I can tell you though, that I know what constitutes good service, what inspires customer loyalty and what draws me into a store. Someone commented to me that a photo store can’t make it anymore because of all the little things it has to carry - perhaps, but then hobby shops and craft stores should be extinct, too. I know there are constraints when one has to order products by the case to be able to order at all. There are issues with inventory, rent, etc., but a town the size of Ann Arbor ought to be able to support one full-service photographic store. That store should have a mini-lab, a self-serve kiosk for digi-prints, film, used and new equipment, books, supplies, and the ability to do custom orders if necessary. In better days...just a few years ago.


I will miss going to the photo department at Big George’s. I will miss seeing Lee and chatting with him. He really knows photography. Mike, I will see pretty often, as he is a friend that I met there, and he’s a big part of my Crappy Camera experience. As for the Big George’s store... I will not set foot into it again, for anything.

If I won the lottery, I’d open a photographer’s co-op with a gallery, mini-lab, used sales, and a bookstore. I’d also make people feel welcome and valued, just like Lee and Mike did.